The C3D Modeler geometric kernel adds a new method in sheet metal, the swept flange. We began development of this method following many requests from users of our C3D Toolkit, but divided development into several stages. For now, the first stage is done. Let us describe it.

To make a swept flange in sheet metal modeling, the sheet metal is bent along a path. The path can have linear and curved edges. Curved edges include the following edge types:

Before this method appeared, you had to take several steps to create bends along curved edges:

By contrast, the new Swept Flange method allows us to create bends along both linear and curved edges, with the ability to later unbend them. The algorithm follows these steps: 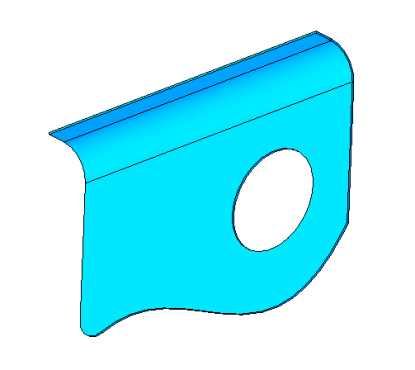 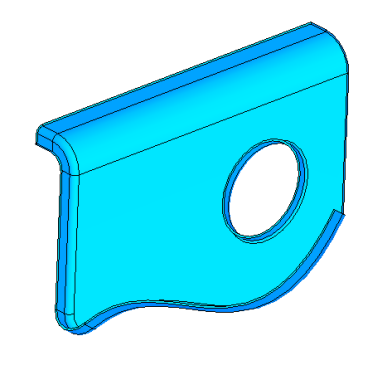 The new Swept Flange method has a lot in common with the kernel’s earlier Bend method. There are a couple of differences with the latter. A sequence of edges that does not form a tangent chain is not processed in one go. When processing a tangent sequence of edges, only one bend is formed.

As mentioned above, flanging allows you to form a bend at curved edges, with the ability to unbend them. This video shows the curved-edge flanging that the kernel is capable of now.

Our C3D Modeler team will keep on developing this new method. For the second stage, we plan to add the following elements: processing at ends of edge chains (angle of slope, extension of swept flange), and the ability to form a swept flange along existing flanges.

The new Swept Flange method has now been added to the C3D Modeler kernel and is available in latest C3D Toolkit revision. See https://c3dlabs.com/en/products/c3d-toolkit/.