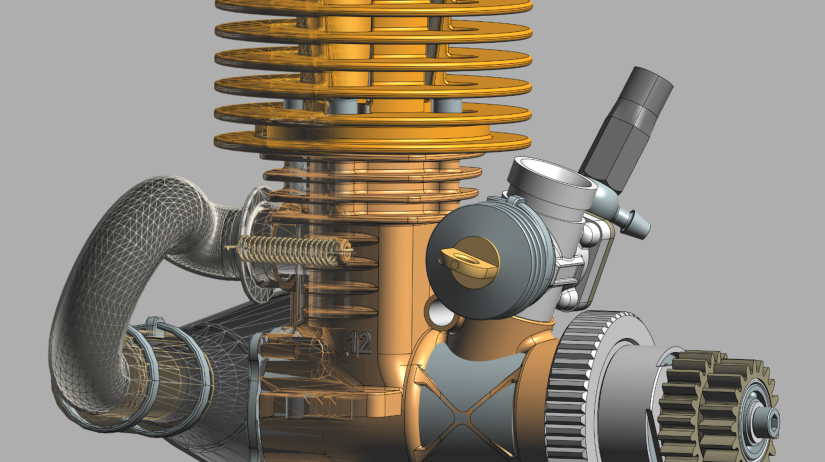 C3D Web Vision, like any Web solution, is divided into two parts: a server portion and a client. On the back-end (the server), C3D Web Vision provides an API for managing the model structure, such as loading models from files, adding parts, and modifying model data. At the front-end (client), the API controls the rendering in the Web browser, such as in changing the background color, object selection, and functions for controlling the visual properties of scene objects.

C3D Web Vision loads models in such as way that each element, as it is loaded at the back-end, is displayed instantly in scenes. Users retain the ability to work in parallel with objects that are already loaded while manipulating the scene. Users can set the priority of loading so that, for example, external objects are loaded immediately while internal ones are loaded later.

We began developing this new component last year in September in response to a growing number of requests from users of our C3D Toolkit; increasingly, engineering software is being moved to the Web. For the first stage of development, we have implemented the primary functions available through our Vision rendering engine:

We intend to transfer the remainder of C3D Vision’s functions to the front-end, such as dynamic sectioning, manipulation, and render optimization. For the back-end, we will add more functions for working with the model and performing custom processes.

The C3D Web Vision module, similar to the C3D Vision desktop rendering engine, can be tightly integrated with other components in our C3D Toolkit; as well, it runs as an independent solution together with components from other vendors.