On October 14, C3D Labs conducted its first international conference online, C3DevCon 2021. The event was designed for developers who make engineering software products with our C3D geometric kernel, or who are just plain interested in 3D modeling. The conference was conducted in a way that was new to us: live from a studio in St. Petersburg. 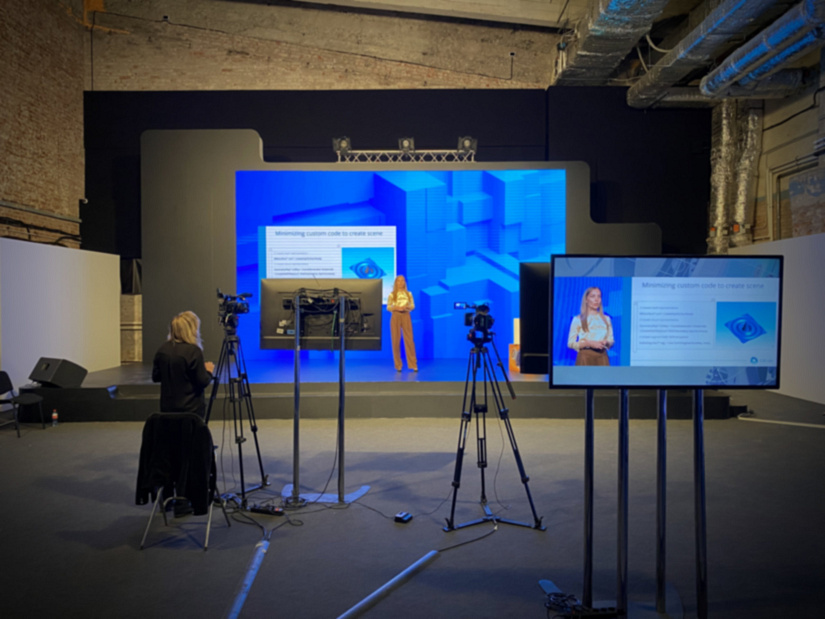 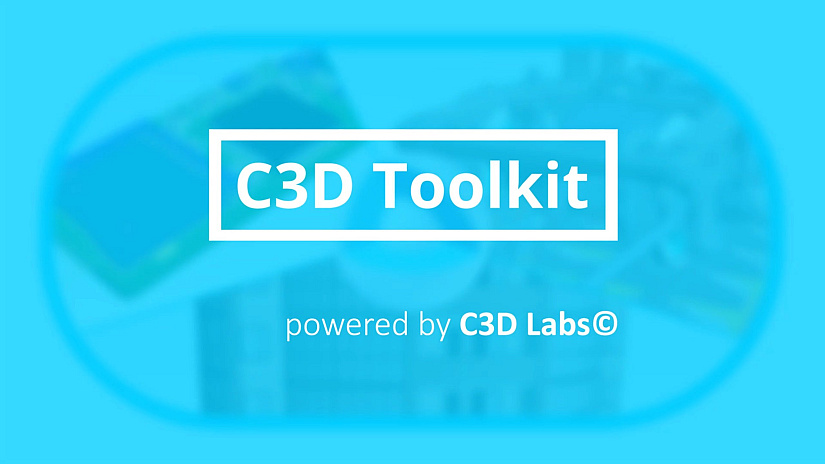 The conference began with the hosts introducing themselves, and then briefly provided information about the star of the show, our C3D Toolkit. Oleg Zykov, CEO of C3D Labs, presented the keynote speech, “What’s New at C3D Labs?” He summed up results of the last two years of our business, and then described the impact that the pandemic had had on us.

Over the past two years, C3D Labs accomplished the following: 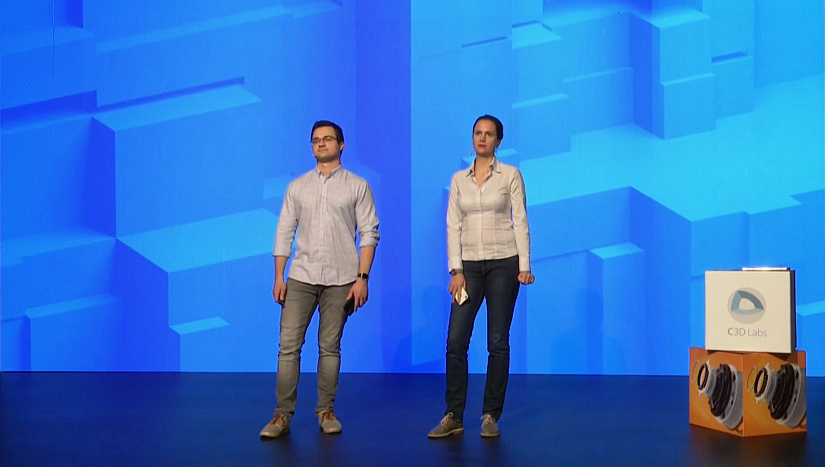 On our Web site, we posted details on all of the new and improved features in the kernel and other components. To know more about it, visit this page.

The conference was divided into three parts. The first part was devoted to introducing the most recently released modules, namely C3D B-Shaper, C3D FairCurveModeler, and C3D Web Vision. In the second part, we described the new and improved functions in the five components of the C3D Toolkit, and invited representatives of our customers to share their experiences in using them. In the final part, we had time for questions and answers. Here the hosts read several of the most interesting questions and provided answers from our developers.

Midway through the conference, we took a short break for an award presentation. Oleg Zykov named the customer who had contributed the most to the development of the C3D Toolkit. This year, the award was presented to Elecosoft. Its software is designed to provide the best possible support for a simplified and cost effective production of stairs.

We invited several customers to the conference, who shared their experience in using our software with the audience.

Rushan Ziatdinov, professor in the Department of Industrial Engineering at Keimyung University, South Korea spoke on C3D FairCurveModeler. He told us how the algorithms for constructing functional curves were implemented. To learn even more about the module’s capabilities, C3D described the FairCurveModeler in a series of blog posts. 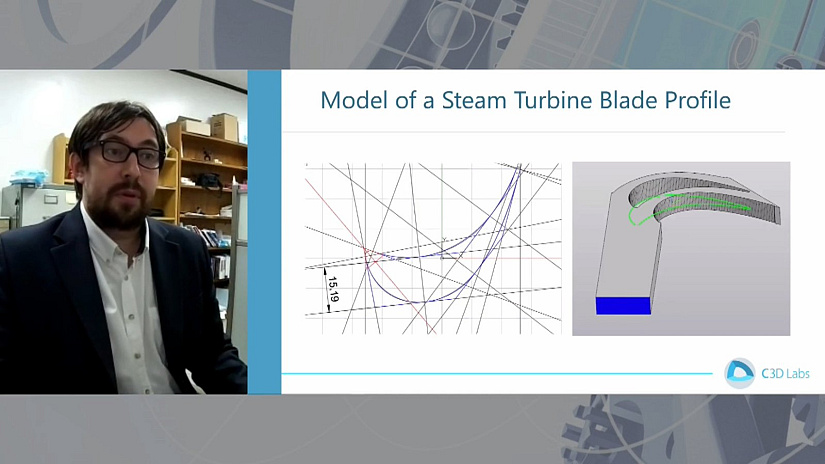 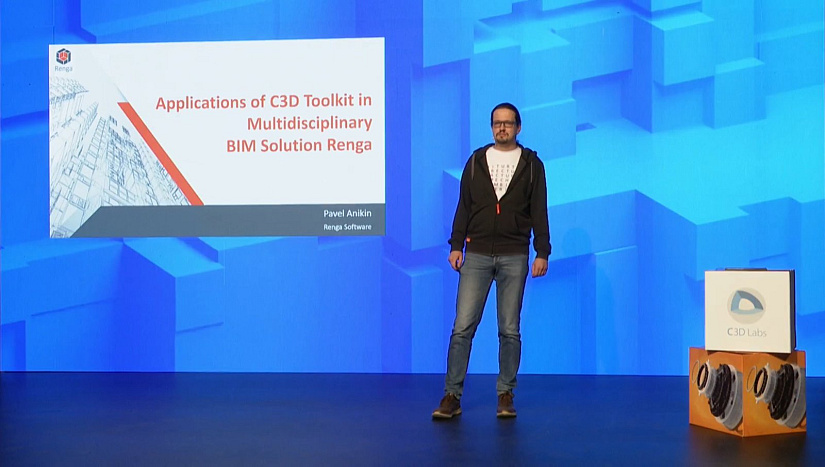 Alexander Lyubimtsev, support engineer for Tera Analysis, told us how the C3D kernel helped his company’s QuickField application obtain the new functions it has now. QuickField is a multi-disciplinary program for optimizing electrical, thermal and mechanical aspects of designs. The software benefited from switching away from a different 3D core that suffered from several restrictions. It could import only single-body topologies; limited the sizes of meshes; and exhibited unstable behavior. Following a comprehensive research of available alternatives, Tera Analysis chose our C3D kernel on which to build their project anew. As a result, QuickField can now import large multi-body assemblies from all CAD systems. 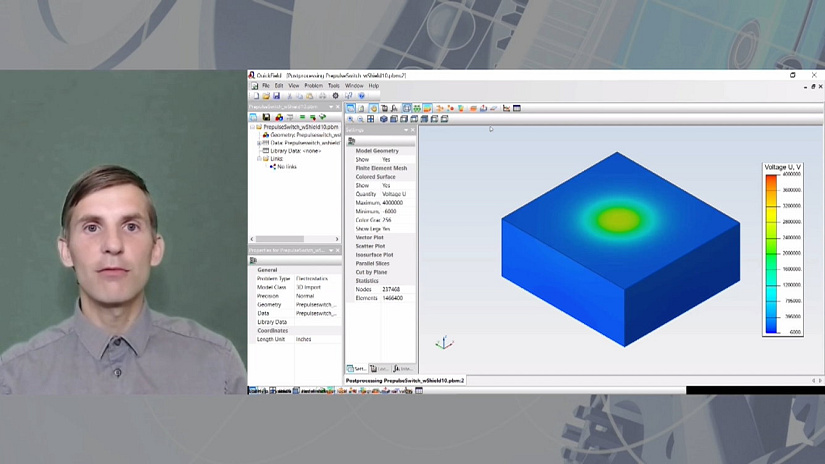 Marco Locatelli, the marketing and communications specialist at Egalware, described how his company uses C3D Converter in their EgtCAM5 product. EgtCAD5 specializes in designing and manufacturing wood, stone, and plastic parts. Converter helps them import files in such formats as IGES and STEP. 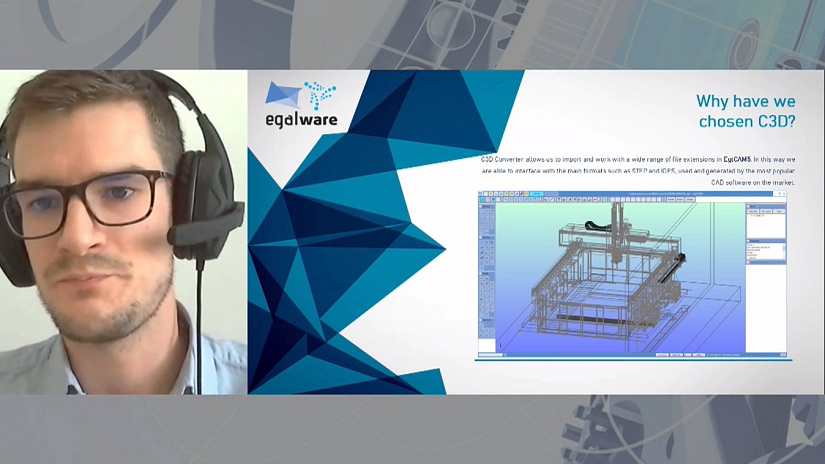 The final speaker of the day was Alexey Ershov, the CEO of LEDAS. This company specializes in developing custom programming tools by various clients. Alexey told us how they develop these tools for applications based on C3D Toolkit. 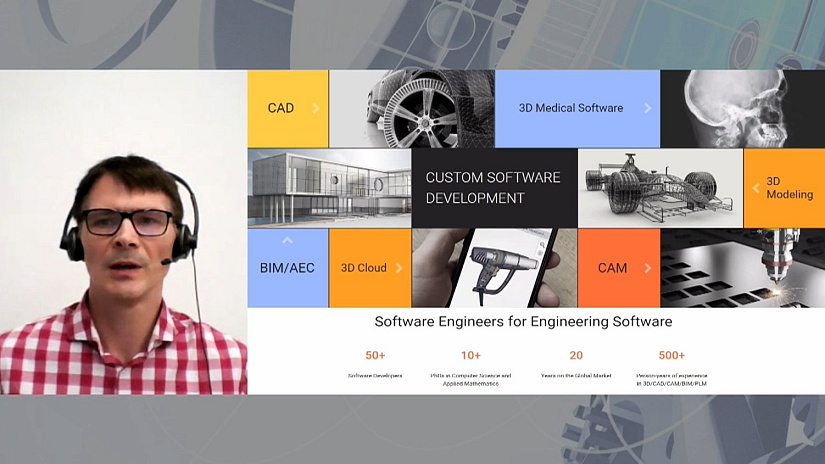 Where to Watch, and Future Plans

You can watch the recording of the entire conference via our Youtube channel or directly on the broadcast page that is still available. The conference was conducted in English.

We would like to thank all the C3DevCon speakers for the valuable experience they shared and the conference participants for their questions. The C3D Labs team returns to work on our geometric kernel, and is active in preparing topics for future conferences. 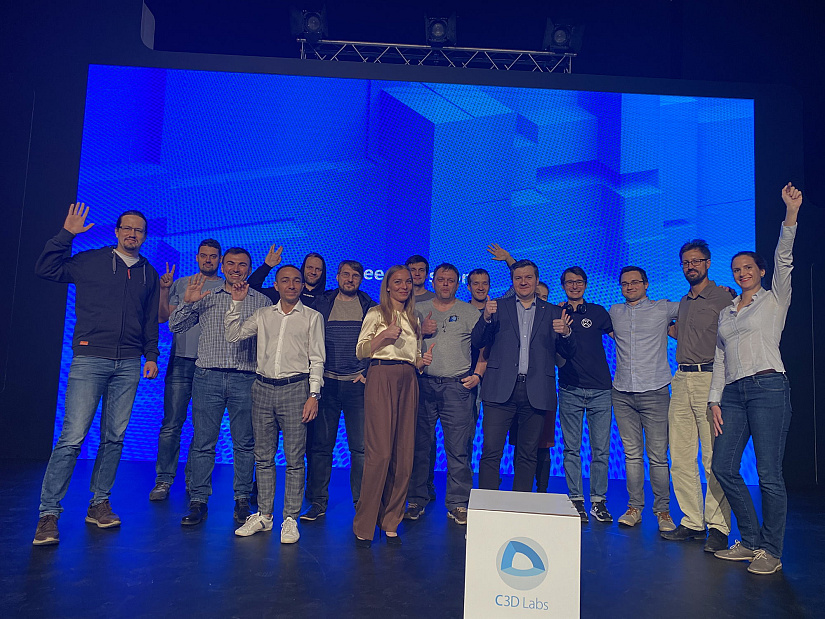 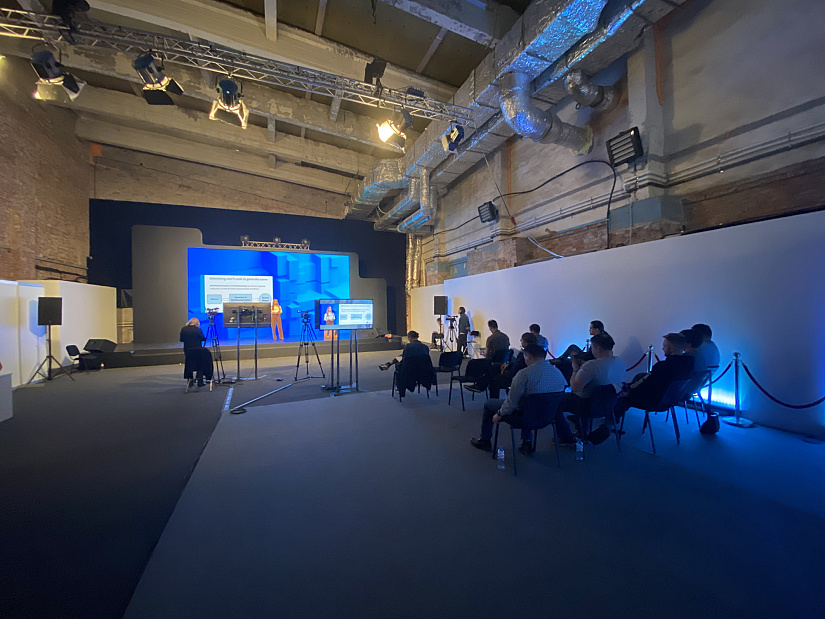